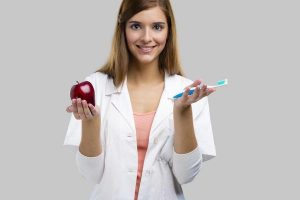 Modern dental care is systematised, scientific, and effective, but historically this has been far from true.

In fact dental history is often odd and and sometimes counter-productive, and even now some people believe in dental myths that keep them from the best possible dental care and smile achievable.

Today, Ria Family Dental is stepping away from our usual consideration of dental issues and treatments.

Instead, we’re going to look at strange dental beliefs and facts across time.

Archaeological evidence demonstrates that as far as history records go, there has been dental decay and toothache. Which also means that for millennia humans have been trying to figure out some way to treat them.

Here are some of the stranger treatments from the past:

Many cultures blamed toothaches on “toothworms”. Many thought that toothworms bore into your teeth and caused toothache by moving around. Germans believed the maggot-like worm was red, blue, and gray.

The English thought of it as something like an eel. One classic ‘cure’ for the toothworm was to cover the painful tooth in honey, which was supposed to suffocate the worm into coming out.

The Aztecs went a different route, eating chili to try to drive the toothworm out with fire.

Other cultures used even stranger ‘cures’.

Earthworms. If frogs were difficult to come by, you could scrounge up some earthworms, boil them, and pour the resulting solution in the ear on the same side as your toothache.

Mortal Remains. This one is gross. The “cure” was to remove the tooth of a dead person and wear it around your neck.

If that proved unsuccessful, you could sniff the tooth of a corpse in hopes that your toothache would disappear.

Toothpaste is not a modern invention. Commercial toothpaste has only been around for about 200 years, but people have always been hard at work on developing it.

The Romans also had an unusual mouthwash – urine! They reckoned it freshened breath and whitened teeth.

These things may seem crazy today, but even now some people have strange beliefs about their teeth and dental care.

If gums bleed, it’s time to stop flossing. This is not only a myth, but counterproductive as well. Bleeding gums are a sign of gum disease, and if you suffer from gum disease it is doubly important to maintain good brushing and flossing habits.

You should also immediately mention the bleeding to your Ria Family Dental dentist.

After dental work is completed on a tooth, the tooth is stronger. This is not always the case. Strength of a restored tooth depends on how it was treated, and you should always ask your dentist if a dental treatment requires any special attention.

The Colours Of Dentistry!

Black Teeth. In most western culture, black teeth represent a lack of hygiene and nutrition. In Vietnam, it can be viewed as beautiful.

The origin of this trend apparently comes from old folk songs and requires “blackening” treatments the same way people in Australia get their teeth whitened. People also apply lacquer to their black teeth to increase their shine.

His skill at bringing warring Scandinavian factions into the fold is memorialised in Bluetooth wireless devices! In fact, the Bluetooth logo is a combination of the King’s Runic initials.

In France, Morocco, Belgium, and Switzerland, children leave lost teeth under a pillow for the Little Mouse (La Petite Souris in French), who spirits the tooth away and replaces it with a coin or a bill.

No one exactly knows where this fairy-tale began, although many trace it to a 17th century tale called “The Good Little Mouse.” However, this seems to be a little bit of a stretch as in this story an actual fairy is turned into a mouse to help a queen defeat an evil king.

Teeth are involved -The teeth come into play as the mouse hides beneath the king’s pillow at night, stealing all of the Kings teeth as he slumbers, and no reward was left!

When it comes to providing you and your family with quality dental care in a friendly and warm environment, Ria Family Dental can’t be beat.

From routine dental procedures like checkups to complicated dental needs like implants and root canals, the Ria Family Dental team has you covered! 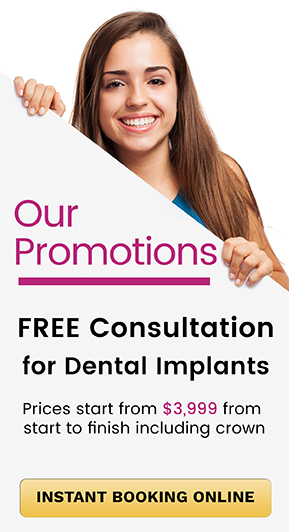